“I considered America my country now. Even though I was not born here.” 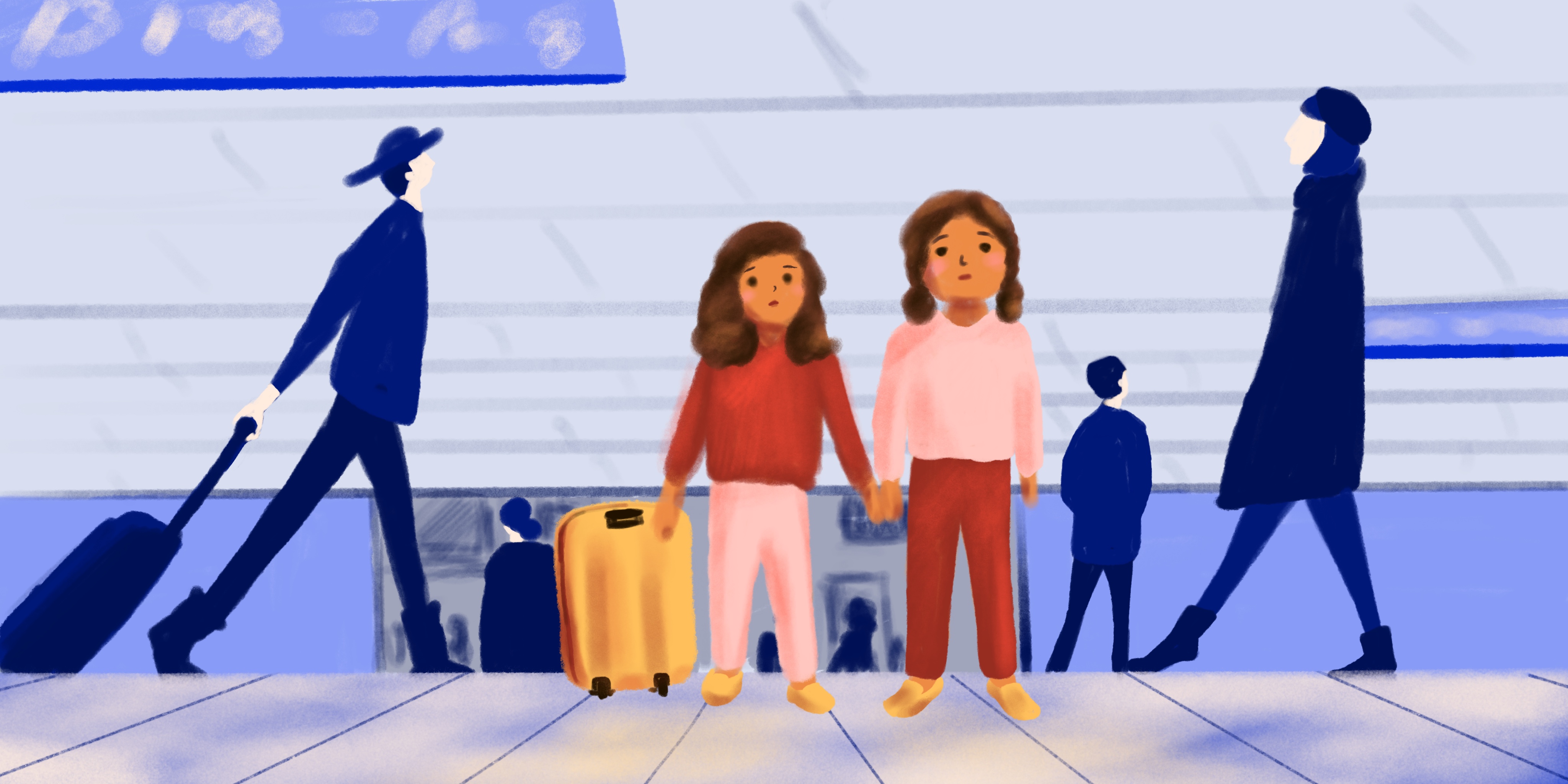 Ana Garcia reflects on her journey from Cuba to America.

June 24, 1962. A glass wall separated seven-year-old Ana Garcia and her eight-year-old sister, Marisela Garcia, from their father at Havana’s International airport. Holding a doll bought special for her first airplane trip, Ana stood next to her crying sister, and waved goodbye to their dad as she boarded a plane bound for Miami.

For all she knew, she’d be back in Cuba in a few weeks. It would be four years before Ana and her sister would reunite with their parents. 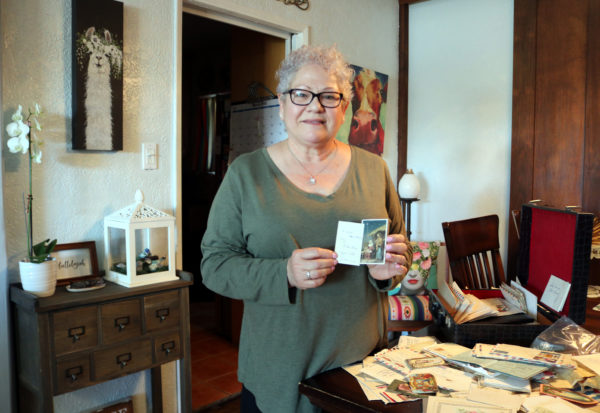 Ana Garcia holds up a communal card that her parents sent her from Cuba. (Photo credit: Son Ly) 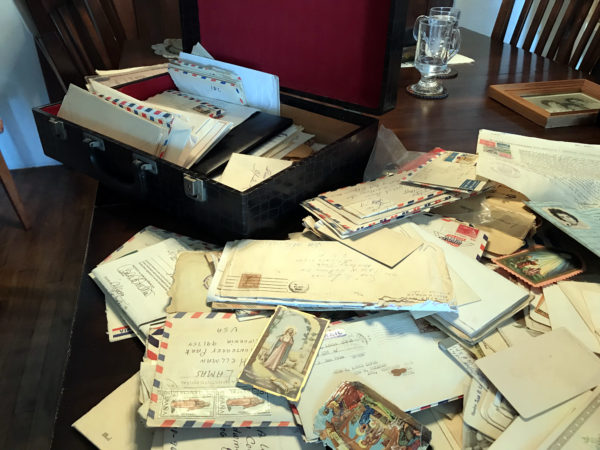 Some of Ana Garcia’s letters and note cards from and to her family. (Photo credit: Son Ly)

The sisters were part of (Operación Pedro Pan) Operation Peter Pan, a program that sent more than 14,000 unaccompanied Cuban children to the U.S. between 1960 to 1962. The U.S. State Department and Catholic Charities of Miami agreed to cooperate on the program. 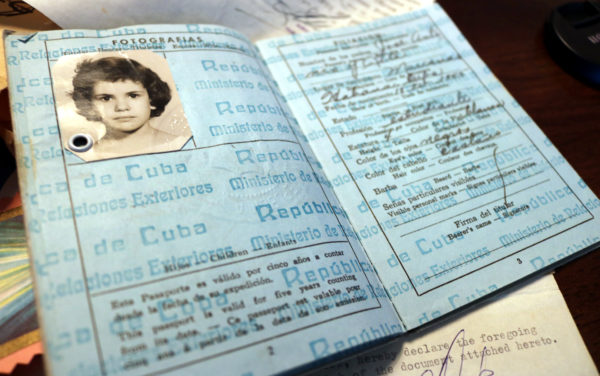 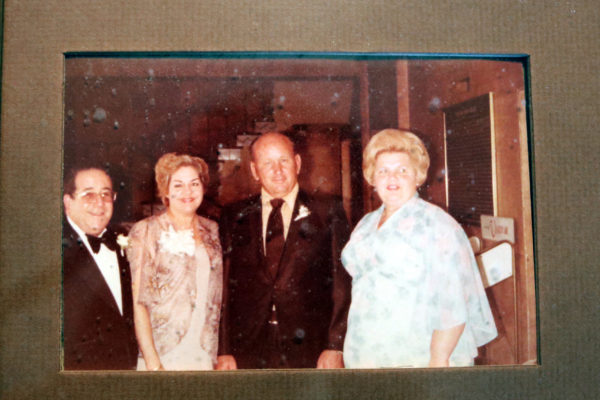 “It started after Fidel Castro rose to power, initially for children whose parents were fighting against him underground, but was expanded to all Cuban families who wanted to flee out of fear for their future under the new regime,” said Steve Velasquez, associate curator for the Division of Home and Community Life at the Smithsonian’s National Museum of American History, to Smithsonian Insider.

Many of the children were placed in orphanages or foster care all over the U.S. Ana and her sister ended up in Yakima, Washington. When the pair eventually reunited with their parents years later it was tough, but Ana says she is grateful for the experience that grounded her and her family in America.

Ana has fond memories of the foster family that took her and her sister in.

“We called them Katie and George. That was their name. I don’t think they ever expected us to call them mom and dad. They were just Katie and George and they were like the best people on earth,” she said. “They’re both gone now.”

Ana says she had no trouble fitting in even though the foster parents did not speak Spanish. Eventually, the sisters learned English and lost their native Spanish, which made it difficult to communicate with their parents back home.

“They would write to us in Spanish and we couldn’t read it any longer,” Ana recalled. “So we had to find some lady that was in the neighborhood. Luckily, she was able to translate the letters and we wrote to them in English and they had to have them translated over there.” 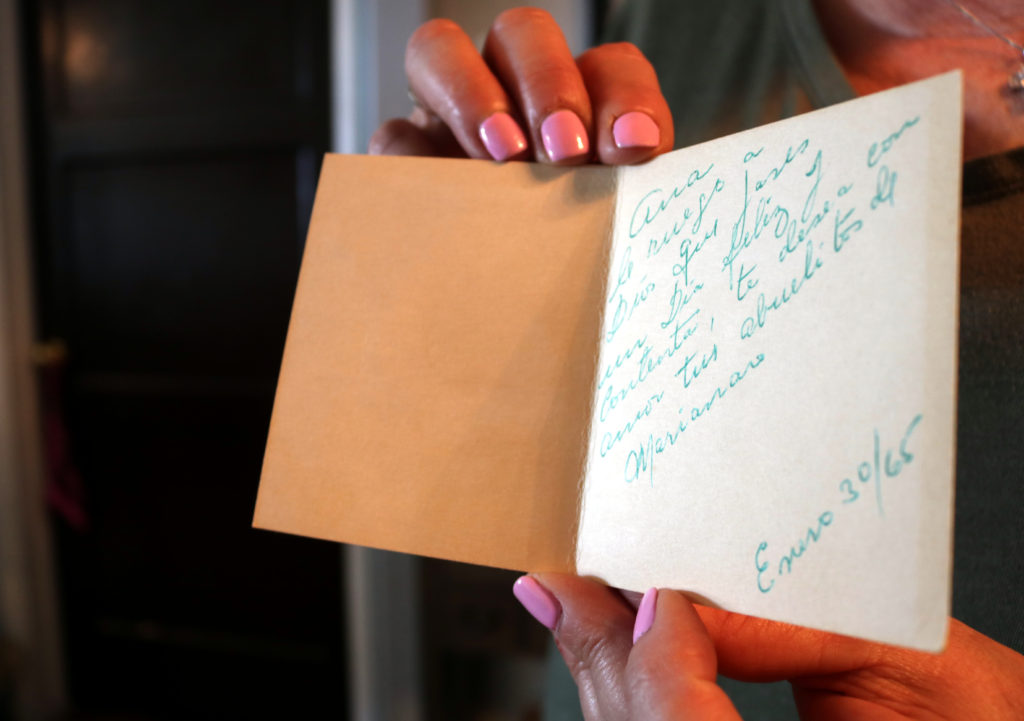 Ana’s note card from her parents that said “Ana, I pray to God that you’ve a happy day. I wish you love. From your parents, in Marianao, Cuba.” (Photo credit: Son Ly)

“We were so very fortunate and very blessed that we went with a family that wanted us. They were our foster parents and we were their foster kids and we were treated just like family,” she said.

In 1966, four years after leaving Cuba, Ana and her sister would reunite with their parents in Yakima. But the transition was tough.

“When they arrived, we were in American mode. They were in Cuban mode. And I wanted them to go back home. I really did. I did not want them to disrupt our life,” she remembers. “We were already a family. We had brothers, sisters, cousins, and friends at school and everything. Now all of a sudden these two strangers we could not communicate with had joined us.” 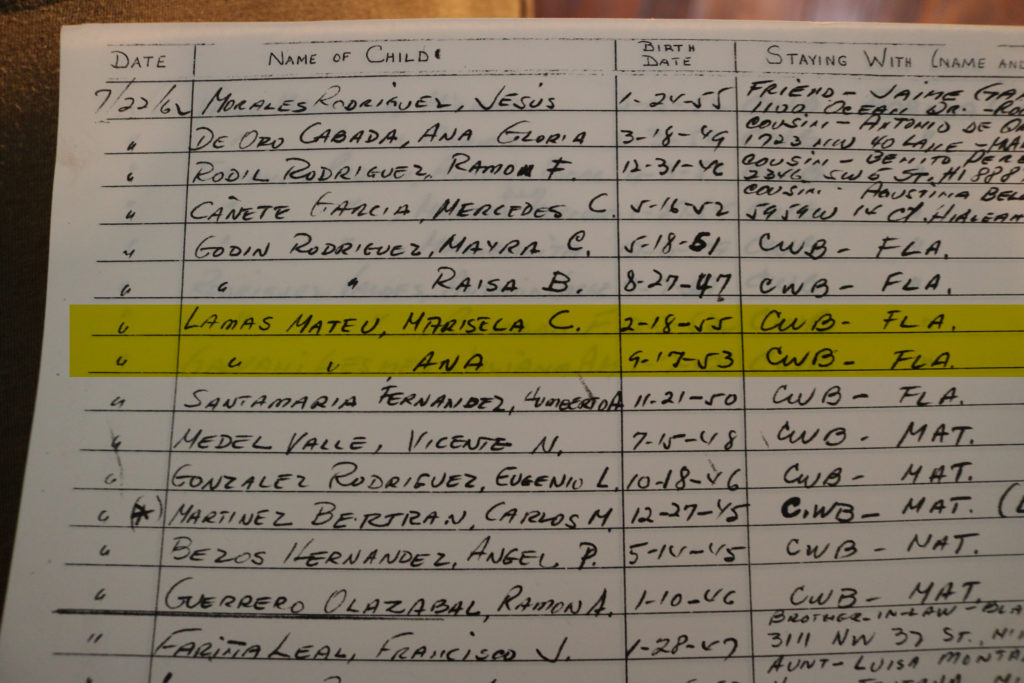 The log of Operacion Pedro Pan (Operation Peter Pan) which details the children’s birthdate and the location the children were sent to. (Photo credit: Son Ly)

Ana says it was a traumatizing time, but her foster parents made it easier and welcomed her biological parents with open arms. 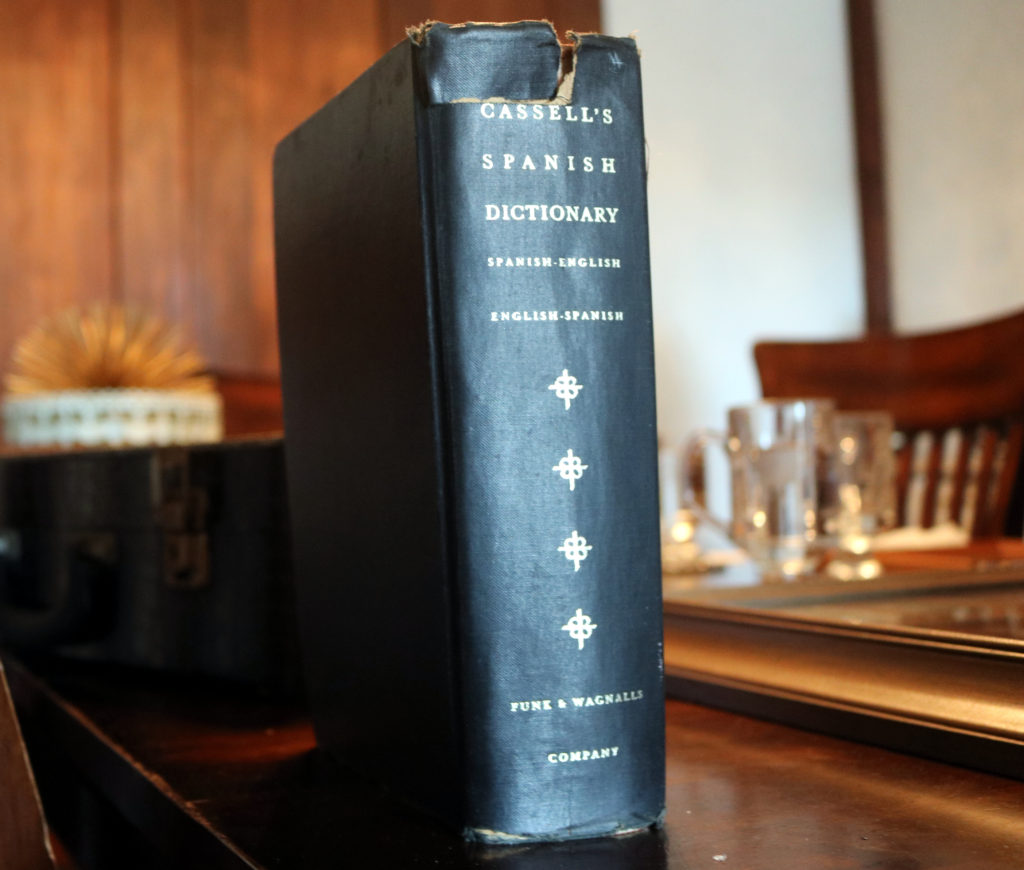 Jose Antonio Lamas’ dictionary sits on a table. Ana Garcia and her sister used to look up words to communicate with their parents using this dictionary. (Photo credit: Son Ly)

As for the language barrier with her parents, Ana shares a funny story.

In fact, she still has her dad’s English-Spanish bilingual dictionary. The one she and her sister used to look up words in Spanish.

The family would eventually end up in Southern California. When Ana looks back, she has no regrets.

“Coming to this country was worth everything that we went through and reuniting with my parents was worth it.”

She continued: “All these transitions in life, they really form people and they give you your character. Being ripped from one country to another and then from one city to another and a state and so forth makes you really appreciate life. It made me appreciate America, my country now. “ 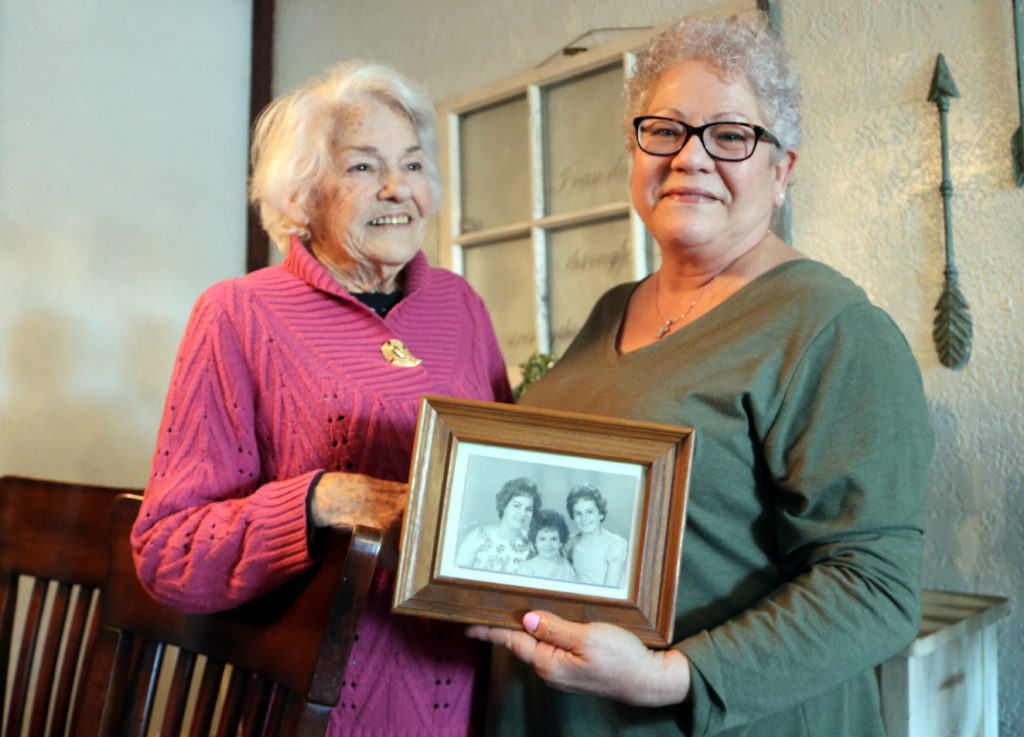 [Rita Lamas and Ana Garcia.jpg, Ana Garcia, 64, (right) stands next to her mother Rita Lamas, 92 years-old. Ana holds a family photo which was taken the year she left Cuba for the U.S. The people in the photo are Rita Lamas, Ana Garcia and her older sister, Marisela Garcia. (Photo credit: Son Ly)