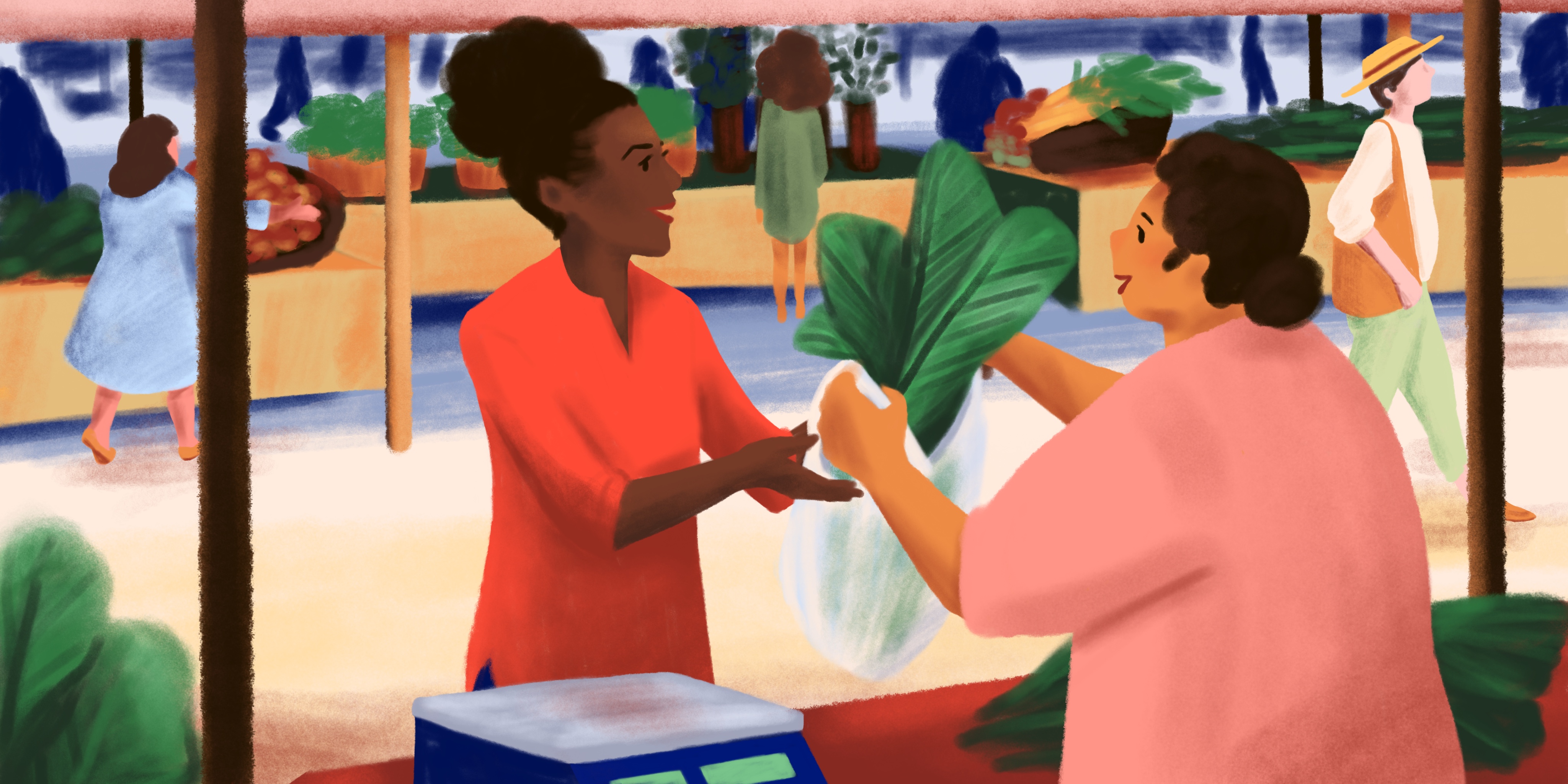 Natalia Pereira talks about how she adjusted to American culture, missed her small hometown in Brazil, and how her close relationship with food helped her find a home here.

On a recent Tuesday morning, Natalia Pereira peeled red peppers in her restaurant’s kitchen as she spoke to her kitchen staff in Spanish. She sautéed mussels over the stove with rosemary, garlic, olive oil and white wine.

In the sitting area, customers looked over the menu inside the homey eatery with throw pillows on the seats, pictures framed on the wall and cookbooks on shelves near the kitchen. Many of them come for the chicken pot pie.

It’s the same chicken pot pie Pereira grew up eating, a dish her adoptive mother would bake from the week’s leftovers on Sundays. It’s a meal that Pereira connects to home and her mother and that she serves at her Brazilian restaurant Wood Spoon. 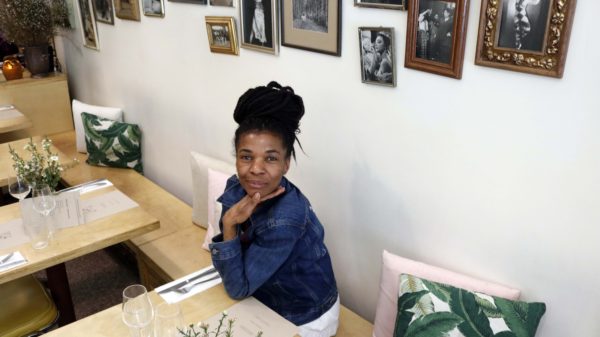 Natalia Pereira, chef and owner of Wood Spoon, is part of a small Brazilian immigrant community in the U.S. (Photo credit: Jessica Flores) 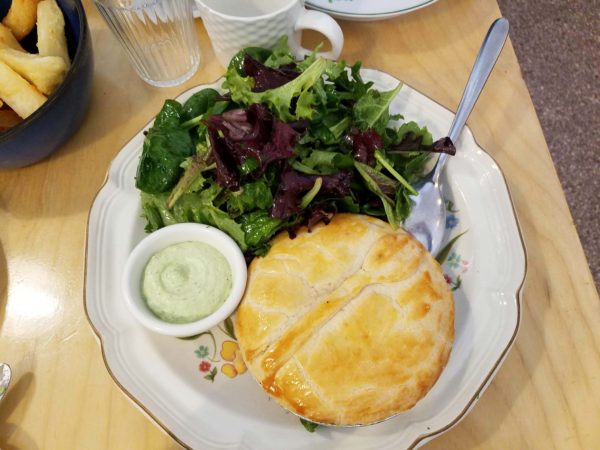 “There’s a little bit of her everywhere you know. She lives within [these] walls and into what people eat,” she said while sitting in the homey eatery. 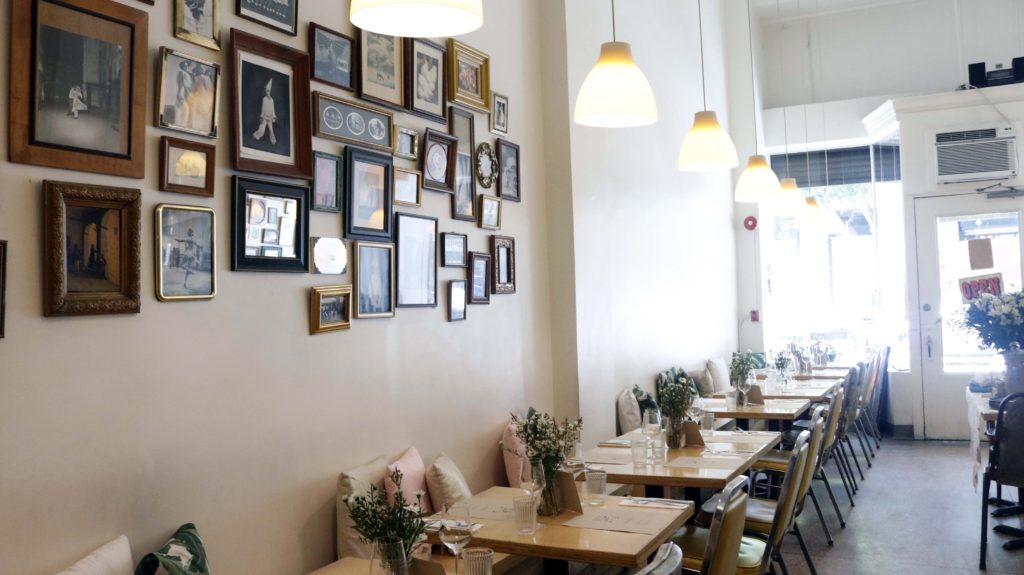 Pereira came to the U.S. two decades ago as a stranger and didn’t know how to speak English. She was surprised by the vast amount of food, the lack of music blasting in public, not seeing children playing in the streets, and the ocean’s less-than-clear-blue appearance. As a black Brazilian immigrant, she struggled finding her community until she opened her restaurant.

When Pereira arrived in America, she recalls feeling deaf because although she spoke three languages, she didn’t speak English back then. People tried talking to her and she couldn’t understand so she would go to farmer’s markets to hear people interact, and eventually she began listening to the news to practice basic phrases like “good morning” and “good night.”

She had come for dental work but she stayed for the family of friends, staff and customers she began to build slowly.

Through the farmers market she met a family that invited her to cook for them. Through that experience she met and cooked for another family that ended up offered her $60,000 to open her restaurant without her asking. Eventually, Pereira paid the family back, she said. 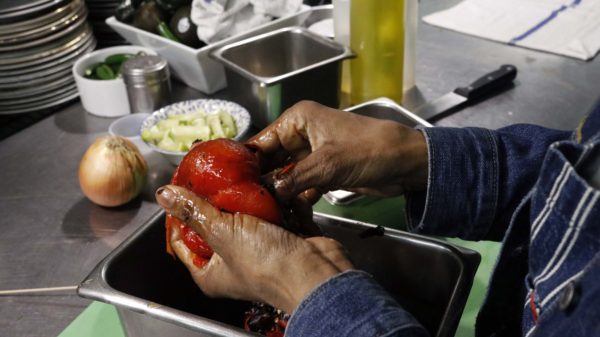 Pereira is feeling a red pepper. “Food has been basically like my best friend. I think cooking for someone is very intimate,” she said. (Photo credit: Jessica Flores) 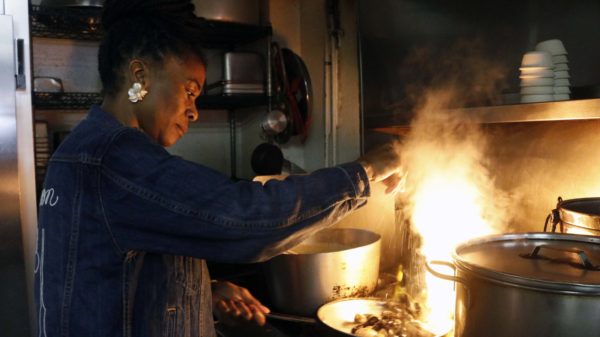 “I’m thankful for the opportunity. Every time that door opens it’s like, ‘Wow, somebody chose to come here,’” she said.

That was in 2006. Creating a restaurant that felt like home was important to her. She was an orphan as a child, without a stable home, she said.

“I was born of an affair between an uncle and a niece, very common in South America. I was sort of like the forbidden child,” Pereira said. “I always thought I want to find a place where I can actually stay.”

For awhile she did. She fell in love with the way her mother Francisca — the woman who she said raised her — cooked and how she would create meals out of nothing.

“Everything that I make at Wood Spoon started from her,” she said.

Pereira makes yucca fries, Brazilian meats, potato croquettes, fried plantains and black beans and white rice with the option to drizzle farofa, a corn flour mixture, and a Brazilian vinaigrette salsa over it. Her favorite meal is white rice and black beans.

When she arrived, the food in America confounded Pereira. She had never tried a sandwich before, she thought the portions were mountainous and she didn’t see a connection between the chef and consumer.

“Here you can have a half of a chicken which I never heard to be possible,” Pereira said.

In Brazil, her family would share every meal and participate in the process of acquiring it and making it. Pereira’s mother would go outside to select a chicken, kill it and cook it for her. 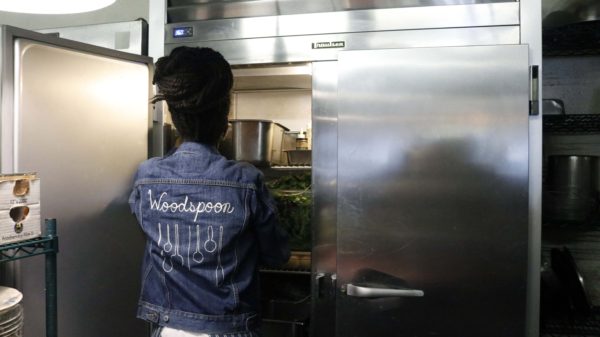 Pereira loved watching her adoptive mother cook in the kitchen. “Food has been forever a good companion. I love food. I have a lot of respect for it,” she said. (Photo credit: Jessica Flores) 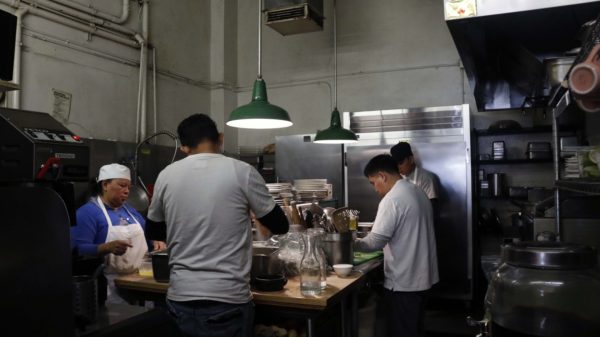 Most of Pereira’s kitchen staff are Spanish speakers, who she considers family. (Photo credit: Jessica Flores)

Another thing she noticed when she came here is America’s racial divide. Pereira said she experienced more challenges with money than race in Brazil. But in the U.S. as a black Brazilian immigrant, she felt like she was in a middle space that didn’t have a classification. Many people don’t use the term “Afro-Brazilian” in her country either, she said.

“There’s only two nationality [that] belongs to this country. One is black and one is white. But then it’s like I’m really not from here so do you have a place for me?” she said.

“I go out [and] I’m like, ‘hola, buenos dias, come inside’ and they’re like ‘mira la morenita, es Mexicana,’ and I was like ‘no, it’s not only Mexico [that] speak Spanish.”

The majority of Pereira’s kitchen staff are Latino. Rosibel Soriano has been working at Wood Spoon for eight years and said the crew is like a family.

“I appreciate her because she’s a good boss and she treats us well,” Soriano said in Spanish.

Pedro Flores has been working at Wood Spoon for nine years. He said the food, specifically the black beans, reminds him of the food from his home country El Salvador.

Pereira considers all of her staff family and said she couldn’t do it without them. Her customers have also played a role in creating a place that feels like home. When she opened her restaurant, her customers, who she considers her friends, helped build the tables.

Now when they visit for a meal, many walk back to the kitchen to give her a hug or sometimes a gift.

“I think that’s one of the things that brought me to have this incredible space where people come in and they can have a little bit of a feeling that I had when I was back home with my family,” Pereira said.

Pereira sees food as a universal language that bridges people together. She also wants people to feel like they’re eating in someone’s home, which is why you’ll often see her walking from table to table greeting everyone in her restaurant.

“I feel that it’s almost like I have a home now,” she said. 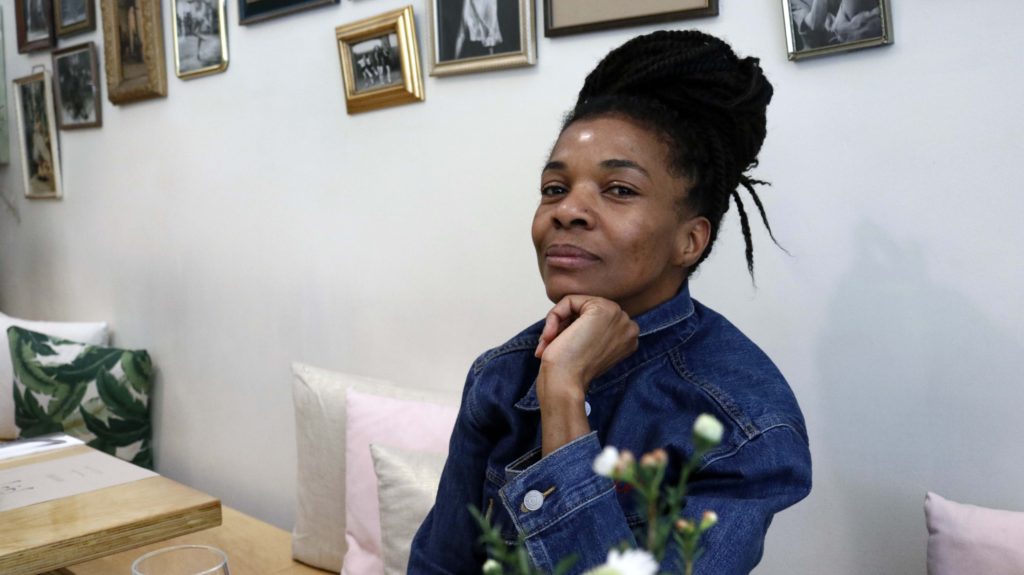 Pereira had an idea in mind when creating her restaurant. “My only goal was to find a place that I felt like home,” she said. (Photo credit: Jessica Flores)