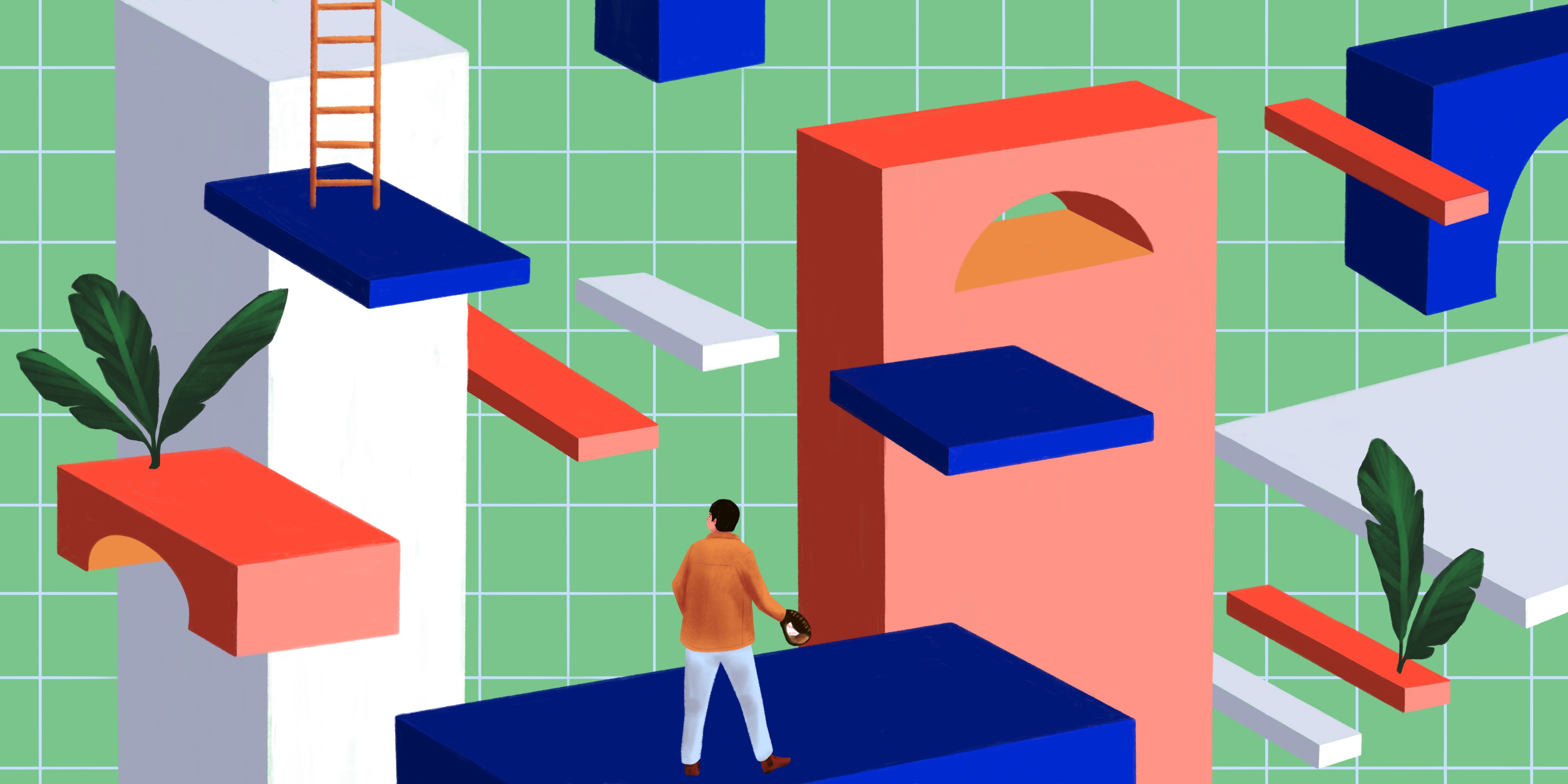 Listen to Charles Igawa talk about his journey to America and how he was chosen to play baseball at his local college.

As he walked through the bustling plaza of the Little Tokyo Mall in Los Angeles, Dr. Itsuki Charles Igawa pointed out how significantly the neighborhood had changed.

“All of this is privately owned already, no longer is the hands of Japanese-Americans,” he said gesturing to the buildings around him.  The area once extended all the way to Koreatown, he claimed. “A lot of Japanese settled there post-war, along Olympic Boulevard. All those things changed.”

The retired professor has witnessed these transformations first hand. As an active member of Little Tokyo’s community since the 1950s, he is a repository of facts about the small, but thriving Japanese-American community. One of his first jobs was as a store clerk at a drugstore, a few streets away.

Defining himself as a “post-war transplant” in the United States, Igawa came to this community to find a home. In an America after World War II, identity and belonging were hard concepts to grapple with for the Japanese-American community — they were put in internment camps by the U.S. government in response to the Pearl Harbor attacks.

Igawa was born and raised in the Hiroshima Prefecture, about 90 miles away from where the atom bomb was dropped on August 6 1945. The area Igawa lived was far enough from the main city that he said he was not affected by the attack.

At the age of 5, Igawa’s father died from typhus. His widowed mother’s economic hardship was a contributing factor that pushed him to leave. Igawa also came from a line of Shinto priests, a calling that never suited him. The United States offered reprieve from all of it. 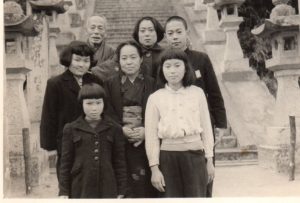 At the time, his aunt and cousins lived in the United States. But in the midst of the war, they were interned at the Tule Lake concentration camp in Northern California.

Upon their release, Igawa’s cousins returned to Japan for a short time. Among them was his cousin Hiro, who Igawa remembered as an “an older brother,” filling the void of his deceased father. Igawa said Hiro impacted the family in many ways, most significantly, inspiring Igawa to make his way to the United States.

“I did everything he did at that time,” he laughed, then speaking of how Hiro returned to the United States at 15, earning a full scholarship to Dartmouth.

“He became an idol very, very quickly,” he said. “I grew up wanting to be like him,” he said.

Igawa was familiar with Elvis Presley, rock n roll, the usual trappings of the American dream.

But post-war Japan was a “modern marvel,” he said, with the glistening city of Tokyo rivaling any metro in the West. Americana was not alien to Japan.

“Japan was a very important country in the 19th century,” he said. “I knew enough [about America.] I read. So my world vision was not isolated.” So Igawa said that he didn’t want to chase the Elvis version of an American dream, instead he was hoping to be a writer.

It took 19 days for the boat Igawa was on to cross the Pacific, docking in San Pedro, Los Angeles.

“America? Big!” he said of his first impressions. “California? Bright! So bright it was almost blinding, because I arrived in the summer.”

Igawa attended Cambria Adult School, where early immigrants learned about “American values and culture,” he said.  He was scouted playing softball, and brought on to play varsity baseball at the Los Angeles City College, where he was a catcher.

“Catcher is a commanding post,” he said. “You give a signal to every pitcher, the language doesn’t matter. 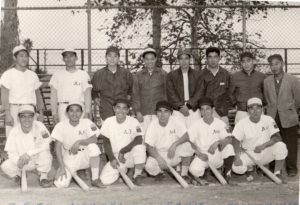 He eventually built a camaraderie with his teammates, and a particular act of kindness from a teammate stood out.

“He was a good Christian boy who give me $6 of meal money,” he said. At this time, Igawa was almost broke. He was having trouble finding and keeping a job. “He would put it in my locker every day. I refused it for three weeks, but finally accepted it.”

Igawa’s  first job was fished from an L.A Times classified listing, as a house boy in Studio City with the Frost family. His employer, Mr. Frost, had no children, and welcomed Igawa’s company. Frost’s wife felt differently.

“From the day one that I was there, I wasn’t wanted by the Mrs.,” he said. Her dislike of him was obvious.  “I was the second smartest boy in the house, and the smartest was the dog, Duke,” he laughed. “She would always compare me to him, ‘Duke, you are a good boy. Itsuki, he’s a bad boy.’”

His stay at the Frosts’ came to an end when he came home at 3 a.m, after a Halloween party. “I was canned that night,” he remembered.

He tried his hand at a dishwasher at a local restaurant, only to also be fired a few weeks later.

“I think she [the owner] thought I wasn’t fast enough in doing whatever she assigned me to do,” he said. “I was hardly eating at that time, I was probably as quick as I might have been with proper diet and a regular sleep pattern. I was just a step away from being homeless then.”

Singing too loudly at his next job, working at the kitchens at Imperial Garden, a Japanese restaurant, was “not tolerated” by the chef. He was fired once again.

It was an unusual start for a man who would dedicate the rest of his life to research and academia. Through it all, he remained optimistic.

“There’s a saying in Japanese,” he said. “You fall down seven times, but I get up eight times. That’s how I live my life.”

Eventually, he made his way to study at Cal State L.A., where he began to study political science. It was his professor there that dramatically changed the course of his career. Dr. Fleming saw promise in Igawa, pushing him to pursue a Ph.D in political science at the University of Oregon.

“I began to look at community studies, ‘What is community in an American context?’” he said. “And that was when I discovered the history of immigration.”

His studies focused intensely on the generations of Japanese-Americans in the United States, like his own family. It was Igawa’s love for writing that drew him to America which continues today. He is currently writing a memoir he hopes to eventually publish in Japanese, while the other focuses on what it means to be a post-war transplant like himself. 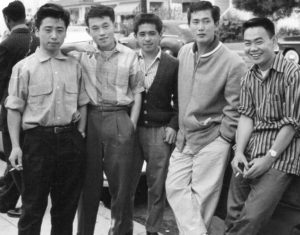 Now retired in Cerritos, Igawa is also a member of the Little Tokyo Historical Society. His years in the United States have forged a dual identity, proudly American and Japanese, all part of a journey well-lived. But was it all worth it for him?

“Being here in the United States in the 60s, 70s, as a minority, it’s very exciting,” he said. “But it’s also very challenging. You will begin to say, ‘Did I make the right choice?’ But once you begin to do that, you’re going to fall, unravel pscyhologically. So I refuse to do it.”